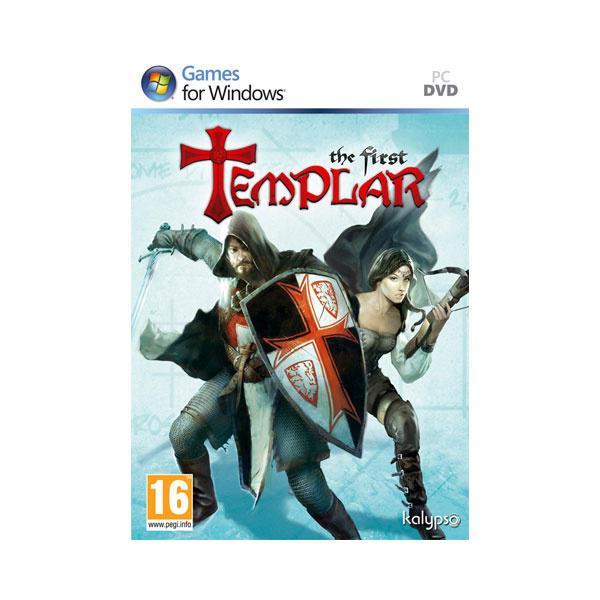 The First Templar portrays a dark and gritty view of the late 13th century where old friends become enemies, corruption spreads throughout the Church and fallen knights oppress the weak and renounce their oaths.

The First Templar follows the story of two main characters a French Templar, and his companion, a noble lady who has been proclaimed a heretic. Taking control over these two unlikely allies, the player must uncover the mysteries behind the Templar Order, play a role in a grand conspiracy, and discover the secret of the Holy Grail. The heroes face powerful opponents at every turn, in the face of the Saracen, King Philip IV of France and the Inquisition.

The First Templar features both single player and co-op modes. When playing solo, the player can switch between the two characters, leaving the control of the second hero to the games AI. At any moment a second player can join in and take control of the AI controlled hero.

Fast-paced cooperative play
Players can assist one another as each takes on the role of the game's key characters. Drop-in/out cooperative gameplay lets the AI take over when one player leaves the game.

Single player- two characters
Play as either character, switching roles as you go to use the best skills for the job.

RPG inspired character development
Each has their own skills and skill paths, which the player can develop as they complete missions and explore the game world.

Rich, historical game-world
Return to the 13th century, where European culture is on the brink of collapse. 20 historically accurate locations have been recreated for the player to explore.

How CGI Has Revolutionised Graphics in Gaming

29/04/2019
As it is, it is hard to bring out some of the dynamic effects in games with traditional photography.... Read more