CURRENTLY ONLY SHIPPING TO THE UK

Unfortunately due to ongoing issues with Royal Mail we are unable to ship goods Internationally. We will start shipping again as soon as we can. 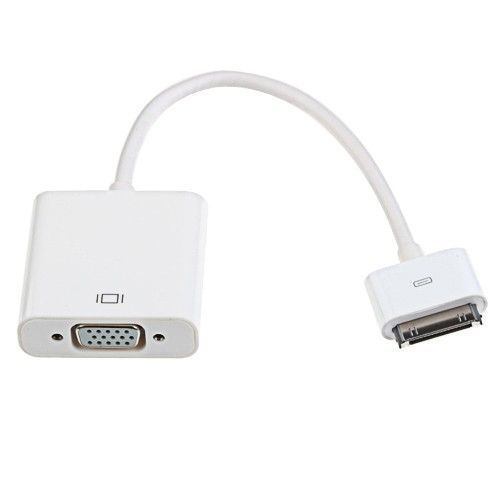 Use the Apple VGA Adaptor to mirror whatever is on your iPad or iPhone 4S screen - apps, presentations, websites and more - on your VGA-equipped TV, display, projector or other compatible display in up to 1080p HD. Video mirroring is supported on iPad 2 or later and iPhone 4S.

The Apple VGA Adaptor connects to your iPad, iPhone 4, iPhone 4S, iPod touch (4th generation), iPad Dock or Universal Dock via the dock connector, and to your projector or display using the VGA adaptor.

- Put your slides, movies, photos, and everything else that fills your Apple device screen on an even bigger screen a VGA-equipped TV
- Monitor or external projector for video mirroring
- Apple VGA Adapter mirrors exactly what you see on on the Apple device
- 6 month warranty

Should I Buy a Refurbished Phone?